Affordable Housing for a Better Future 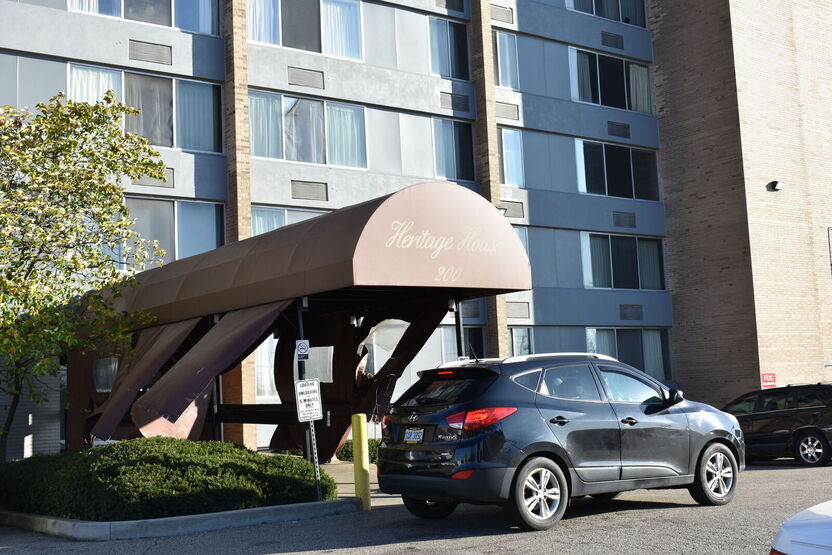 At first glance, Heritage House on High Avenue SW in the City of Canton looks like a 10-story, 100-unit apartment building. However, the building holds so much more meaning after serving our community for more than half a century, thanks to the foresight and passion of a local visionary and eight local churches.

In the early 1960s, Henry Timken proposed purchasing a downtown city block, clearing it of structures and establishing a high-rise apartment building in an effort to address a need for senior citizen housing. When he approached Rev. Dr. George E. Parkinson of Christ Presbyterian Church about this idea, they discussed a consortium of downtown Canton churches coming together to make this concept a reality for our community.

In the spirit of collaboration for the common good, this meaningful discussion led to the creation of the Heritage House.

The overarching goals of the Heritage House were to provide decent, affordable housing for middle-income people, help redevelop downtown Canton and provide an ecumenical witness of the various denominations working together for the good of the community.

“Heritage House really did represent a true community effort,” said Albert Smith, an elder of Christ Presbyterian Church. “It was eight churches of different denominations and different theologies that came together to provide moderately-priced, safe housing for people in our community.”

The first tenants moved into the Heritage House in 1966, and the mortgage was paid in full in 1996. While some reserves were held for future building maintenance and repair, the remaining excess reserves were used to support community initiatives.

“Profits from the building operation have assisted worthwhile community projects, such as building Habitat for Humanity homes,” said Gene DeChellis of Basilica of St. John the Baptist. “The eight churches never benefited financially from the Heritage House.”

Smith added, “the reserves were used in quite different ways, but it was all about benefiting the City of Canton and its residents.”

After more than 50 successful years, representatives of the eight churches carefully considered a change in residential property managers, the commercial housing environment and the situations of the founding churches, and unanimously agreed that selling Heritage House and liquidating the corporation was in the best interest of all parties.

Heritage House was sold to a new owner in 2019, however its legacy of providing affordable housing and supporting the community continues through a new partnership with Stark Community Foundation.

Seven of the eight churches used their proceeds from the sale of the building to establish endowment funds at the Foundation.

“Our church’s decision had a lot to do with the reputation of Stark Community Foundation,” said Smith. “The historical investment returns were good, and the investment opportunities weren’t overly risky.”

“Our prayer and desire is to use the proceeds we’ve been blessed with from this endowment fund to pour back into ministry in the downtown and inner-city areas of Canton in an impactful way, which ultimately puts into action our mission of being a church that is Jesus for all people,” said Joe Beltz, business and operations director for First Christian Church.

“Our hope is to see the original intent of that money continue to make an impact with nonprofit ministries in our community that can restore people’s hope, health, housing or peace of mind,” said Rev. Kevin Thomas of First Baptist.