Give Where You Live 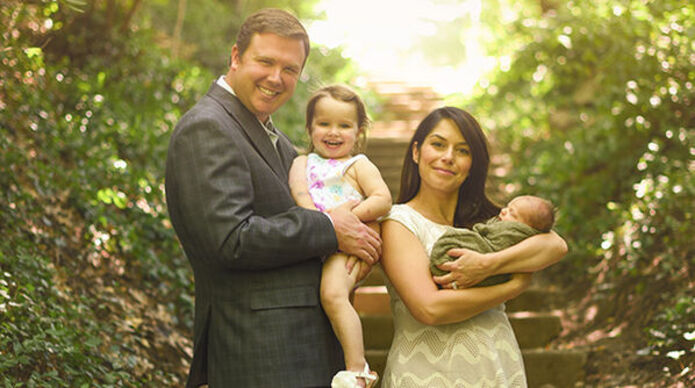 As young philanthropists, Ryan and Evrim Fulmer have decided to make Canton their lifelong home – and their giving shows.

Although Canton is Ryan’s hometown, Evrim is originally from Turkey. They met while working at the same investment firm in Cincinnati and later moved to New York before tying the knot and planting roots in Canton.

“When we first moved to Canton, I started getting involved in local organizations as a way to meet new people,” Evrim said. “It’s the best decision I could have ever made. It helped me build relationships and connect with others who have a caring mindset. I never felt like an outsider; everyone is so welcoming.”

Ryan, who serves as vice president and portfolio manager of Beese Fulmer Private Wealth Management, remembers being taught from an early age the importance of giving back.

“I can clearly remember cleaning tables during Rotary pancake breakfasts,” he recalled. “As parents, we want to instill the values of volunteerism, philanthropy and a sense of community in our children.”

Ryan and Evrim’s two children – Olivia, 2 and Miles, 3 months – are already learning at a young age that their parents value generosity and selflessness.

Evrim added, “I want them to know that holidays, like Christmas, aren’t about them. It’s about giving back to others.”

The Fulmers’ giving has taken many forms — time, talent and treasure — and all support the place they call home.

“The Canton community inspires me,” said Evrim. “People are busy, but they make the choice to set aside their time, talent and money to meet the needs of the community. There’s this overwhelming feeling of togetherness here.”

Evrim has served on the boards of Canton Museum of Art, Canton Ballet and The Aultman Foundation, and is a graduate of Leadership Stark County. She currently serves on the boards of Canton Symphony Orchestra, The Junior League of Stark County and The Women’s Board of Aultman Hospital, raising funds for major projects such as Aultman’s Cancer Center.

Ryan is just as involved. He’s a board member of the Stark County District Library Foundation and Early Childhood Resource Center while serving as board president of The Workshops, Inc. He’s also served on the boards of many other local nonprofits, and was named one of ystark!’s Twenty Under 40 honorees for the positive impact he’s had on Stark County. He recently co-chaired The Wilderness Center’s Silver Gala that raised $170,000.

Together, the generous duo chaired the Stark County District Library Foundation’s ChocoVino fundraiser in 2014 that raised $190,000.

To continue their steadfast commitment, Ryan and Evrim created a donor advised fund in 2016 through Stark Community Foundation with the hope for it to grow and persistently support the Canton community. The Ryan and Evrim Fulmer Family Philanthropic Fund will strengthen child literacy and health, education, arts, wilderness conservation and social entrepreneurism.

Ryan explained, “Being able to provide creative experiences to children – regardless of their socioeconomic status – is important to us.”

As their children get older and their family evolves, Ryan and Evrim want to welcome Olivia and Miles into their family’s grantmaking decisions.

“That’s the benefit of having a donor advised fund – flexibility,” said Evrim. “As our ages, interests and needs in the community change, we can use our charitable fund to benefit causes that are important to our family. We aren’t limited to what charities we can support.”

One thing that won’t change, though, is the Fulmer family’s unwavering passion and loyalty to the Canton community.

“We want Canton to be a better place to live for everyone,” said Ryan. “We will continue to share our enthusiasm for our close-knit community by enhancing the culture where we live.”