A Closer Look at Camp Wakonda 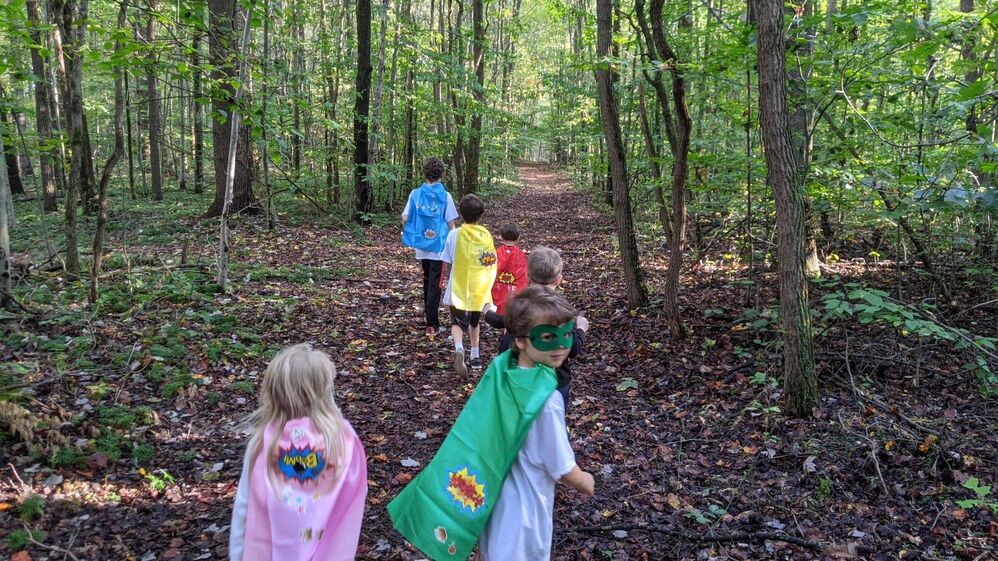 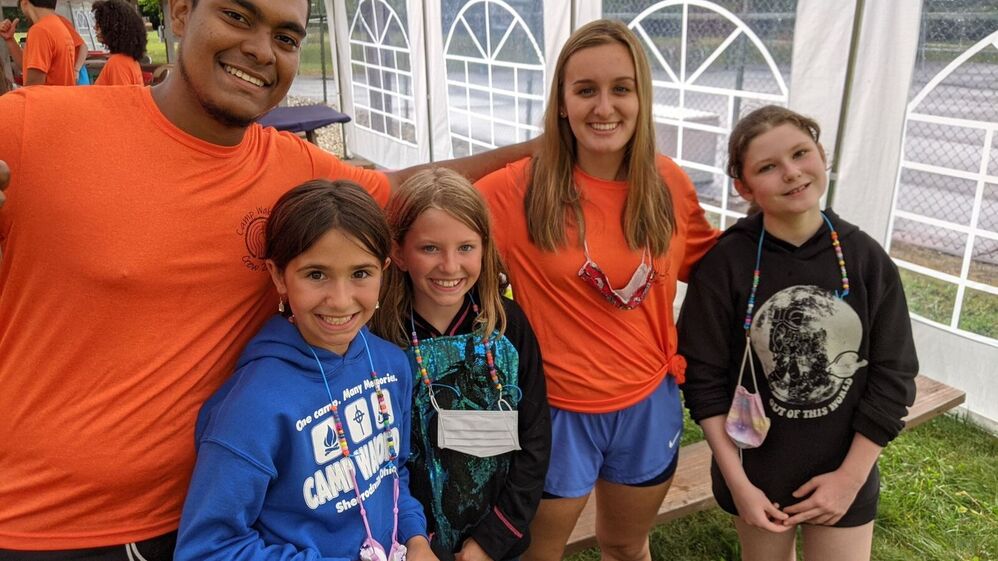 As seen in The Difference: Summer/Fall 2022 Edition

Summer camps bring together our community’s youth with counselors from around the world.

If you travel 30 miles southeast of Canton to Sherrodsville, you’ll find a 98-acre campus with 10 cabins, 13 buildings, recreational courts and a football-size field along Leesville Lake. At first glance, that’s what makes up Camp Wakonda. But if you look closer and talk to people who have spent time there, it’s so much more.

“It’s a mix of sanctuary and playground,” said Rev. Ben George, pastor and director of Camp Wakonda. “It’s a place for play and prayer. Here, you set aside technology and the busyness of life to experience adventure and nature.”

For 63 years, Camp Wakonda, a ministry of Canton’s Christ Presbyterian Church, has offered retreats for adults and nondenominational summer camps for children of all ages.

Summer camps vary in length – ranging from two days to one week – and are centered around different themes for different age groups.

This year’s camp offerings were tailored to children’s interests, including favorite fandoms, going green, cooking, survival skills, gaming and STEAM (science, technology, engineering, the arts and mathematics). For the first time, special guest leaders joined each camp to share their unique perspectives and expose campers to different career paths and passions. During the going green camp, biology teachers worked alongside campers to test water and compost, and scout leaders joined the survival skills camp to teach children how to build a fire and cut trails safely.

Regardless of a camp’s theme, all campers start and end their day with devotion and spend most of their day outside engaging in educational programs and fun activities. Camper fan favorites are hiking, canoeing, swimming, kayaking, tennis, gaga ball, singing and arts and crafts.

“One of my favorite memories from Wakonda is the escape room from a few years ago and how it built community while still being super fun and competitive,” said camper Nora Chevraux from Shaker Heights, Ohio.

As a religious camp, one might assume there would be a chapel on the grounds, but there isn’t – and for a good reason, too. Camp Wakonda is designed intentionally without a chapel to remind people that worship can happen anywhere, and that there doesn’t need to be a specific building, particular time or exact day to connect with God.

“We can experience God’s presence not only at camp, but everywhere we go,” said George.

While most campers come from Stark County, other campers travel from Columbus, Cleveland and even other states to spend time at Camp Wakonda. It’s common for former campers to send their children to camp, regardless of where they call home today.

“My parents met as counselors at Camp Wakonda, so it was a priority and exciting for them that I was finally old enough to go spend a night at camp,” said Romy Anderson, when reminiscing about her earliest memories of camp. “So much so that my Dad made the drive from Celebration, Florida, which is where we lived at the time, to Ohio for my first night at camp. I remember being so excited because they talked about camp so much. It did not disappoint! I had so much fun that I remember hiding tears from my family when they came to pick me up because I didn’t want to go back home.”

Brooke Bartolone, a camper from Galena, Ohio, shares a similar sentiment about her positive camp experience.

“My friends often ask me why I continue to go back to camp every year despite living a couple of hours away,” she said. “I simply can’t stay away. I have to go back because of lifelong friendships and endless memories.”

It’s always been important for Camp Wakonda to intentionally be accessible and affordable for any child who wants to attend.

“We don’t want to prohibit anyone from coming because of cost,” explained George.

The cost to attend camp varies, ranging from $100 to $435 for a one-week camp. Scholarships are also available thanks to the generous support from donors who make the unique camp experience for children possible.

The impact of Camp Wakonda not only resonates with its campers, but also the summer counselors and other crew members who lead the camp’s programming.

More than 20 seasonal high school and college-aged staff members are hired and trained each year. Through team-building activities, the staff learns how to engage with children, lead conversations and guide campers to try new experiences. For many, they are what make camp so memorable.

“They find their gifts, their abilities and their confidence while working on the front lines with the kids,” said George when describing how he views the counselors’ experience. “To watch their spiritual and leadership growth … It’s a great joy for me.”

Anderson later joined the staff at Camp Wakonda after spending many summers as a camper. She has served as a volunteer, worked in the kitchen and, for the last two years, served as a counselor while studying at Kent State University.

“Camp is like my happy place,” she said. “It has been incredible to grow from being the camper getting the advice and guidance from the counselor to becoming the counselor and seeing how much the kids and campers teach me.”

“Having international counselors opens up the campers’ world and exposes them to other cultures,” shared George. “When I hear from alumni they almost always talk about their counselors. Even as adults, they remember distinct memories like their counselor’s cabin rituals.”

Camp Wakonda is currently going through a strategic planning process to develop a five-year roadmap to secure its future of impacting the lives of thousands more campers and counselors alike.

At the end of the summer, the imprint of the campers’ footprints on the wood trail will fade, but the memories made around the campfire will continue, the cabin songs will echo in their minds throughout the year and space will be made for next year’s flags to be added to the lodge wall. Camp Wakonda will always be a place where so many find friendships, relationships, spiritual connections and a second place to call home.